The date: 13th May 1985, many hundreds of years ago. The venue: London’s Camden Palace.

In the time of big hair, long fringes and dog collars, IQ were filmed onstage for the TV show ‘Live From London’. Their 60-minute performance featured tracks from their brand new smash hit album ‘The Wake’, together with some old favourites. The full set was: Awake and Nervous, Outer Limits, It All Stops Here, Just Changing Hands, The Wake, The Magic Roundabout, Widow’s Peak, The Thousand Days and Corners. 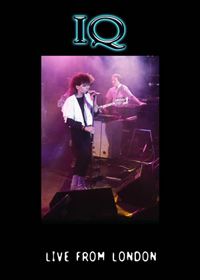